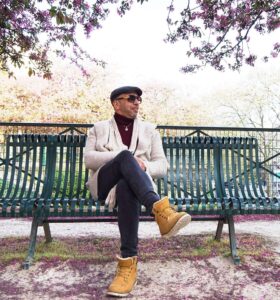 Abdelouhab Agaoua, known by the diminutive of Wahab, was born on June 20, 1972 in Seddouk in lower Kabylie.

Coming from a family of musicians, Wahab participated from the age of 12 in the National Festival of Committed Songs in Béjaia. However, at the time, between the song and the theater his heart swings. He cannot deprive himself of his two passions and lives them to the full.

The final click between music and Wahab will certainly occur during the ceremonies of the religious places of worship where he went accompanied by his mother.

These places called the Zaouias where music becomes therapy, where one heals to the sounds of percussion and women’s voices. Women he first listens to then accompany a few years later. From Hadj Belqasem’s Zaouia to Ssut Wartirane, Wahab learns to free his voice and handle the bendir which will quickly become his favorite instrument. 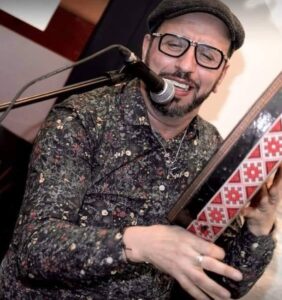 It is then the festivals and weddings (Urar) of the village that will give him the opportunity to express himself and to perform alone in front of an always receptive public.

Being one of those artists whose inspiration from elders like Nna Chérifa, Lla

Yamina, Allaoua Zerrouki marked his musical path, he does not hesitate to sing their repertoire which he has mastered since his earliest childhood. Interpreting women’s songs to pay homage to them and give a second life to their songs, Wahab does it without complexes!

In 2005, he released his first album “Ibenduyar” in Algeria and France. We already feel that Wahab stands out for his way of singing. This CD will know a timid success not allowing him to be propelled in front of the sales and to be listened to by all. Poor distribution is the cause. However, this still offers him the opportunity to meet other artists on the most beautiful stages in France: Zenith de Paris, Palais des Congrès, Espace Reuilly… Wahab impresses with his style, his costumes, his body language, Wahab pleases. He has a voice and what a voice! One hell of a chest! It is in itself a drum machine that ignites all dance floors.

Today, he returns to us with this new album, where he finally realizes his dream, that of making a record specially devoted to Sufi and traditional songs. He works even more to create and spread this style of Kabyle music mixed with more modern rhythms from Algeria.

Wahab is thus part of the revival of ancestral music by using old instruments alongside other more modern ones, and the magic works perfectly.

His music is accompanied by lively, even optimistic and sometimes liberating lyrics, drawn from a very meaningful Kabyle vocabulary. Authenticity remains his watchword.

Wahab finally offers us songs of the Sufi type, with which he transports us beyond the horizons. These songs of divine invocations that we only discover in places of worship such as the Zaouias, thus inviting us to experience a unique musical journey.

Sacred chants with mystical poems interpreted a cappella or with a few instruments, which transmit to those who listen to them joy or sadness but lead them to an intense well-being. By listening to Wahab, we forget ourselves, we easily surrender to the sound of his voice, his music and our body invites itself to dance.

His album, as in the tradition of Sufi songs, is part of the idea that music is a remedy for our bodies and especially for our hearts.

Thanks to this, Wahab proves to us once again that he has succeeded in forging a place for himself in the Kabyle artistic universe, which we hope will become a reference. 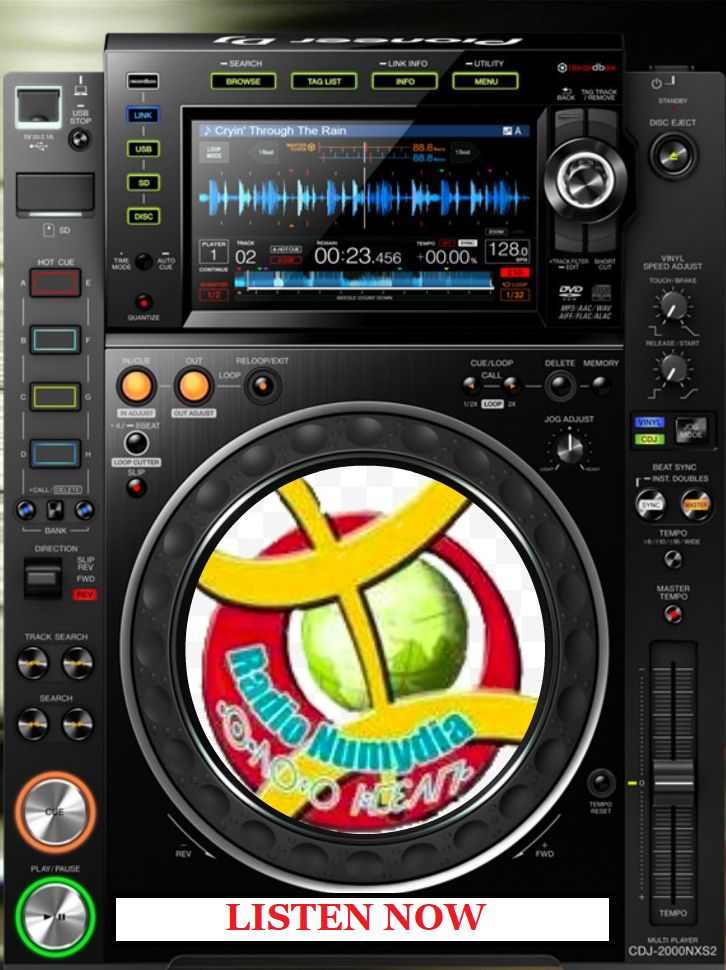